Home » Blog » 5 Ways to Make Your Writing Stand Out 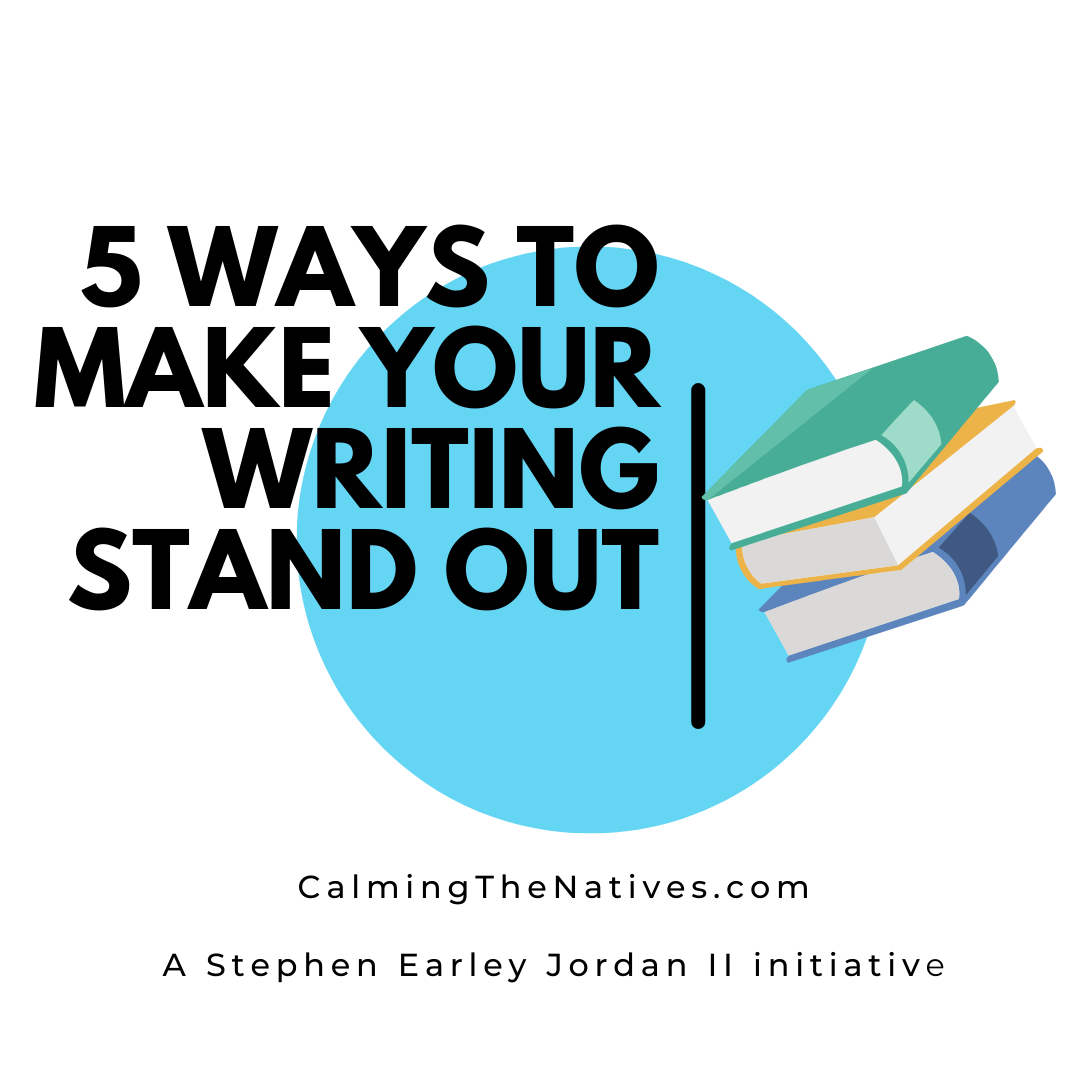 Everyone thinks they are a writer. And as I say in “Gods Mourn Too”, most people can write (maybe not well, but nonetheless, they can formulate a coherent sentence). But not everyone is a writer deep down in the core; and, many simply can’t produce something of substance, of change, of authority.

I’ve many acquaintances published by major publishing houses, with books riddled with not only errors, but also lack of substance. Publishing isn’t what it used to be. As a child, and a child of a librarian, book publishing used to be something unique, something almost unreachable, something where the best of the best writers would go as if on Mt. Zion and shine their knowledge upon us. And we would sit back in awe and eagerly feed on their rich words and grow from them.

It’s not like that anymore. It’s about what will sell; and current trends. No longer are the times where we can expect or get substance or longevity. And, that’s the sad part about writing. The majority of writing and publishing are simply produced to fill an immediate trend.

But whether you are published traditionally or independently, there are still ways to make your writing stand out and have a tad more quality in the long run.

[Stephen Earley Jordan II is the author of several books of poetry, fiction and creative nonfiction. He has also directed and written a few award-winning short, experimental films. Check out his latest book published January 2022, Gods Mourn Too: Essays on Writing and Questions for Thought.]

Author of "Beyond Bougie", "Cold, Black, and Hungry" and many other books. www.StephenEarleyJordan.com

6 thoughts on “5 Ways to Make Your Writing Stand Out”